Bear in mind that some of the links in this post are affiliate links and if you go through them to make a purchase I will earn a commission. Keep in mind that I link these companies and their products because of their quality and not because of the commission I receive from your purchases. The decision is yours, and whether or not you decide to buy something is completely up to you.

The ingredients used in cosmetics go through an exhaustive control process to ensure they are not harmful. However, a lot of the cosmetics we buy nowadays use words such as “Parabens free”, “Mineral Oils Free”, “Silicones Free”, etc.

Why do brands use this type of claim? Are these types of ingredients a real danger or a commercial trick?

Let’s see which ingredients are the most polemic in cosmetics and if they are a real danger for our health.

Products known as alcohols in cosmetics are not real alcohols from the chemical point of view as ethanol, isopropanol or alcohol denat can be. Alcohol in this context means esters of fatty acids and that is why I am going to write them between quotation marks (don’t forget I am a chemist).

They are not harmful to the skin but it is better to avoid them as they can dry the skin.

Silicones are silicon chemical element derivatives compounds used in cosmetics mainly in hair products and makeups. They appear in the INCI as dimethicone, Cyclomethicone, and, in general, any compound ending in -siloxane.

Silicones keep skin and hair hydrated and make them look shiny. The problem is that when doing that, they clog the pores in the skin and make the hair heavy.

They don’t cause any disease as such but can harm acne-prone skins as silicones are comedogenic.

Aluminium Salts are common ingredients in deodorants and antiperspirants. Aluminium salts work blocking sweat ducts to reduce sweating. This blockage of sweat ducts can prevent the toxins’ elimination and their accumulation in the lymph nodes.

Despite there is no clear link between cancer and aluminium deodorants, some manufacturers prefer to avoid it and use other types of ingredients instead as talcum powder and starch.

Titanium dioxide is a natural mineral used in cosmetics to increase the opacity of powders and to give them a whitish hue. It can also be used in physical barrier sunscreens as it reflects sunlight.

There is a debate about if titanium dioxide is carcinogenic by inhalation or by penetration through the skin. There is no evidence of that. However, there is also no evidence that they are not carcinogenic.

They are present in baby oils, lipsticks, mascaras, moisturisers, eyeshadows, hair conditioners, among others.

They are added to the products to keep skin hydrated. Mineral oils create a film on the skin to avoid hydration loss, but at the same time, they cover the pores and don’t allow skin breathing. Because of that, they increase the speed of the ageing process and produce irritation on the skin. They are comedogenic.

However, some areas, such as the lips, are not susceptible to suffering from comedogenicity. It is pretty safe to use mineral oils in those areas.

Parabens are a man-made family of compounds used in cosmetics as preservatives. The most common parabens you can find in your cosmetics are methylparaben, ethylparaben,  propylparaben, butylparaben, and isobutyl paraben. Most cosmetics contain parabens in their formula as they avoid bacterial and fungal growth.

Parabens have been related to breast cancer and reproductive problems in males. However, there is no scientific evidence of that. Some breast tumours indeed showed the presence of parabens, but they are a different type than the parabens used in cosmetics.

Phthalates are very common in nail polishes, hair sprays and synthetic fragrances. Phthalates are added to the cosmetics to help them to stay in the skin for longer.

Phthalates may have an influence on the endocrine system, upsetting the hormonal balance. They have also been related to kidney, lung and liver problems. At the moment, there is no evidence of that in any way.

Sulfates are the main ingredient in most cleaning products, such as shampoos, shower gels, faces washes, etc.

Sulfates are foaming agents but they are very aggressive. They can irritate the skin and produce eye damage if the product contacts the eyes.

Shampoos containing sulfates can produce hair dryness and eliminate any product or treatment from the hair such as hair dye, keratin or any other treatment you apply.

They are not harmful to health, but as they are aggressive and dry hair and skin, I prefer to avoid them.

Formaldehyde is used as a preservative to increase the product’s shelf life but also can be used as the main ingredient in products such as nail hardeners and Brazilian blow-out treatments.

Formaldehyde is one of the ingredients to avoid as it is classified as Class I carcinogenic by the World Health Organization (WHO).

Formaldehyde is linked to lung cancer, leukaemia and other serious diseases. It goes into the organ by inhalation (it is volatile) and can irritate eyes, nose, and throat, and produce different types of damages.

Japan and Sweden have banned this ingredient a few years ago (read this article to know more).

This is a small list of polemic ingredients used in cosmetics. Most of them do not produce real damage or there is no evidence of that. However, they produce dryness or other negative effects on the skin.

There are a long number of ingredients which can be really avoided. Let me know in the comments if you want to know about them.

I love beauty and skincare, try new products, and share my opinion with you. All my knowledge comes from years of experience and reading articles. I have dry skin, Fitzpatrick type IV, warm undertone, and my main concern is hyperpigmentation. Keep in mind that what works for me may not work for you. We are all different and products can have different results on your skin. Want to talk? Email me at contact@irenebeautyandmore.com 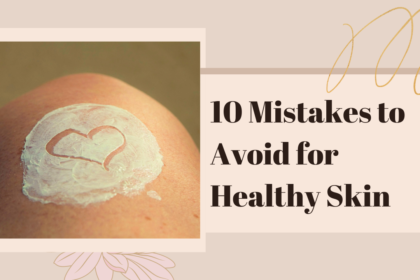 Mistakes to avoid for healthy skin 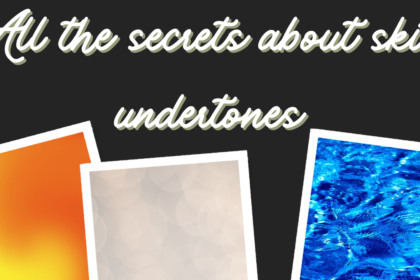 All the secrets about skin undertone 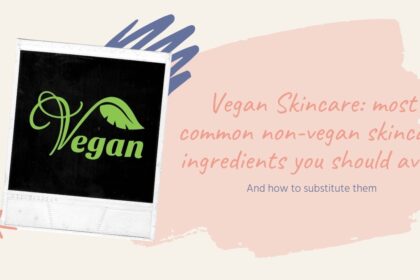 Vegan Skincare: most common non-vegan skincare ingredients you should avoid 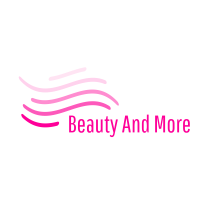 I am a Spanish woman living in the North East of England. I am a chemist and I like to analyse cosmetic from this point of view. I love makeup, skincare, and everything related with beauty and cosmetics. I am subscribed to few beauty boxes to have new products to try. In this blog you will find honest product reviews and makeup and skincare topics from a more scientific point of view.